If you are making my wool dryer ball elf and you can’t find the Elf headband at the Dollar Tree I have created a pattern for the hat and the ears in this blog so you can make your own.This hat would also be cute just as an ornament all you will need to do is add a hanger on the back.You can also write a name on the front of the hat for each of your children or grandchildren.

The first thing you will need to do is print and cut out the elf hat and ear pattern pieces.  Using a piece of chalk trace the hat onto a double layer of red felt then cut out a ¼” away from the trace line.  Trace the hat trim on a single layer of green felt and cut out on the trace line.  On your machine sew the hat on the trace line going up one side and down the other leaving the bottom open.  Using your scissors snip around the curves of the fabric then turn the hat right side out. 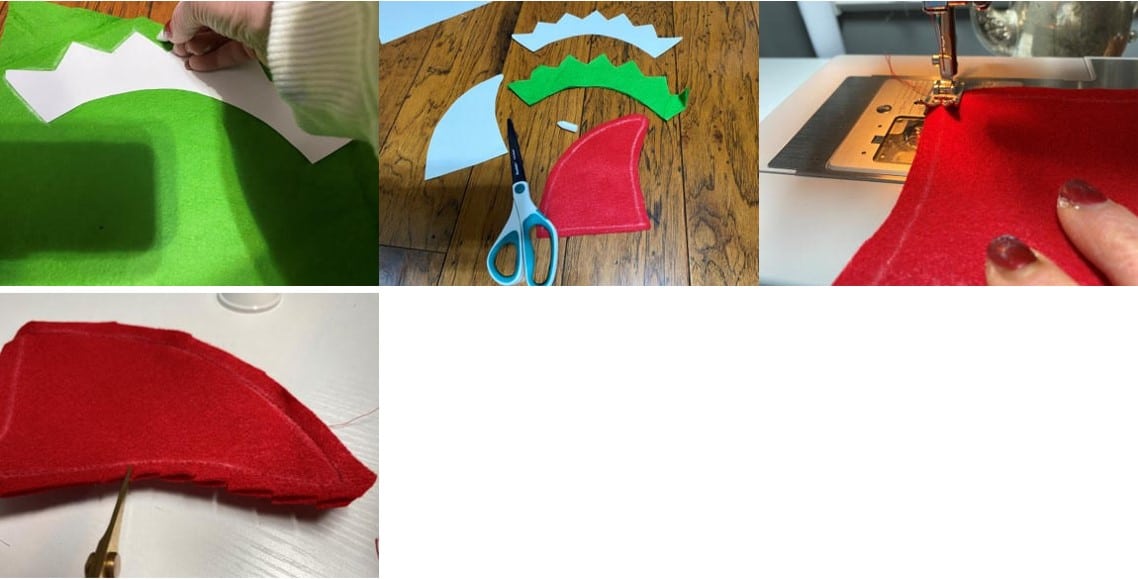 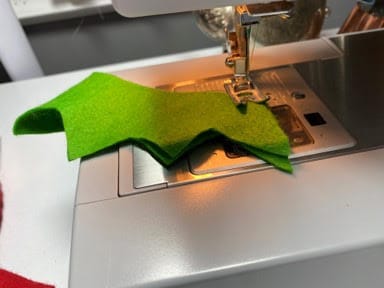 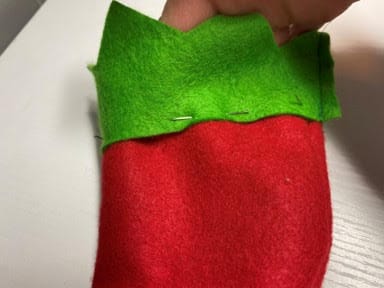 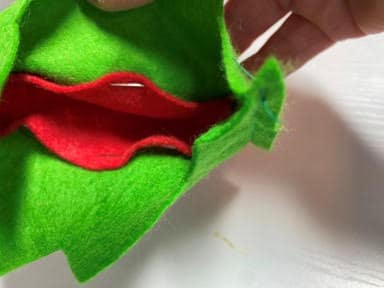 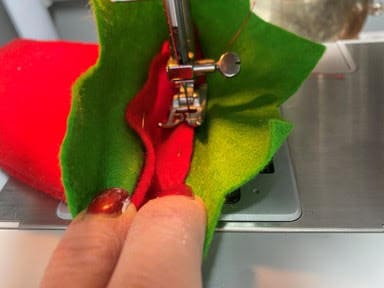 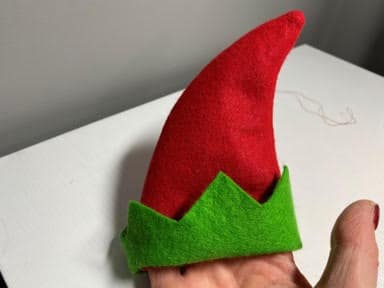 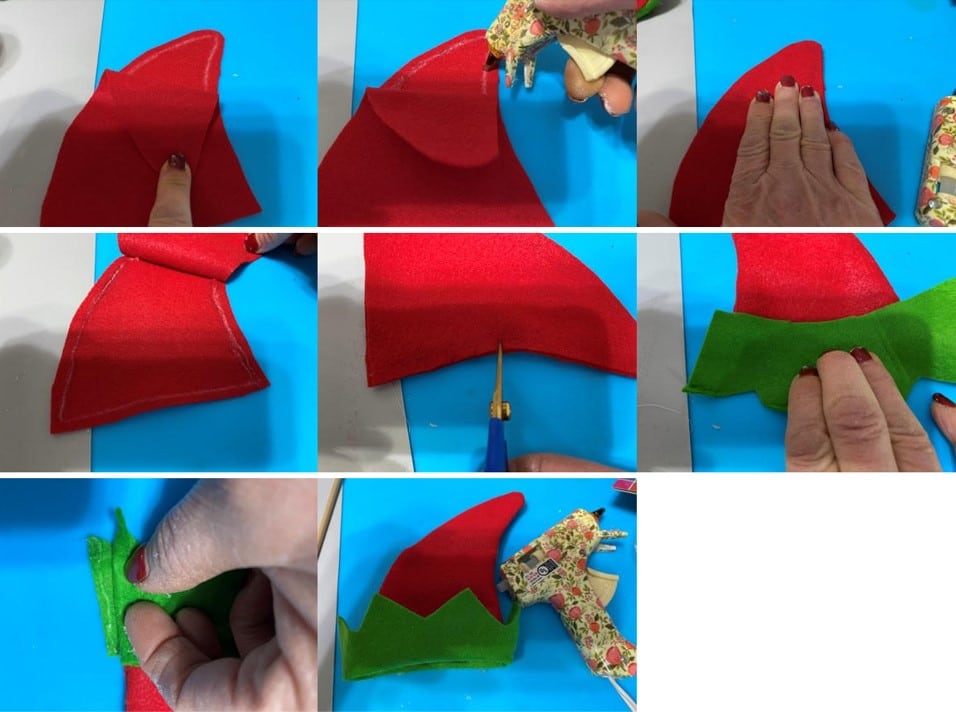 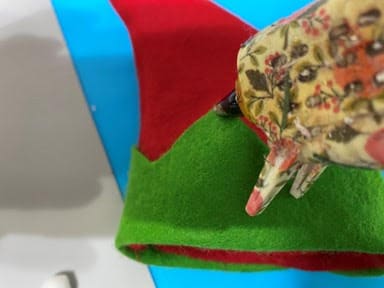 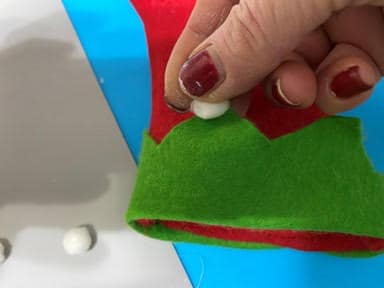 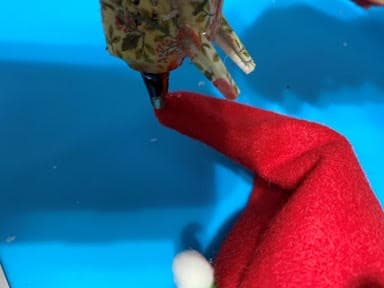 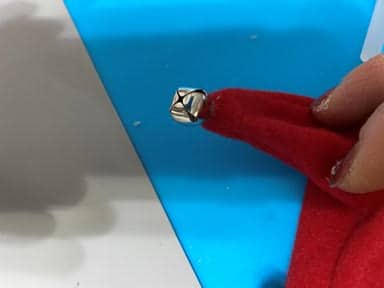 To make the ears trace them onto a single layer of heavy or stiff skin color felt, cut out on the trace line.  You are going to want to use a heavyweight or stiff felt because you are going to want them to be able to stand up when you attach them.  You can either draw or paint the lines onto the ears or even stitch them on with embroidery thread that will be up to you. 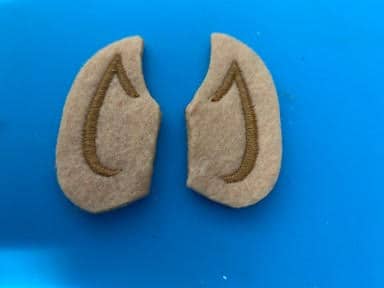