Welcome to Thirty Thursday! This for Thrifty Thursday I used a marble lamp at got at the salvation army for $4.99 and a wooden lazy susan that I purchased at goodwill for $2.99. I just love how it turned out I think it is the prettiest way to display your earrings and you can easily turn the lamp because it is on the lazy susan. I love to take my thrifty finds and turn them into something I love.. 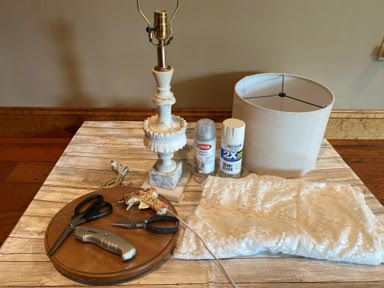 The first step is to remove the electrical components of the lamp, I started by removing the harp, then I turned the lamp over and removed the felt.  The next step is to cut the cord at the bottom of the lamp then while holding the light bulb socket take your pliers and unscrew the nut at the base of the lamp then remove the nut and washer.  Once you have removed the nut and washer, next using a screwdriver remove the screws from around the light bulb socket then unscrew the socket from the lamp poll and remove the additional harp piece, you can now pull the light socket and electrical cord out of the lamp, I then put the washer and nut back on the bottom and the top of the poll and tightened so I would be able to work on the shade. 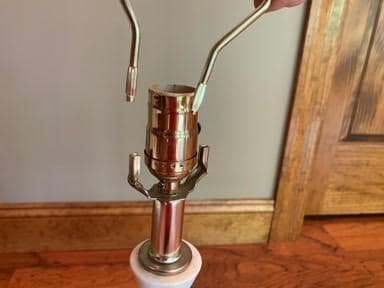 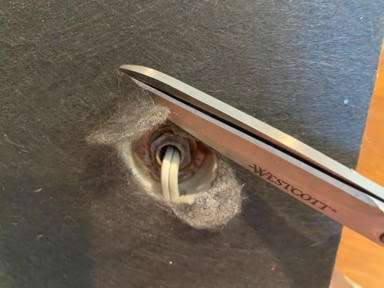 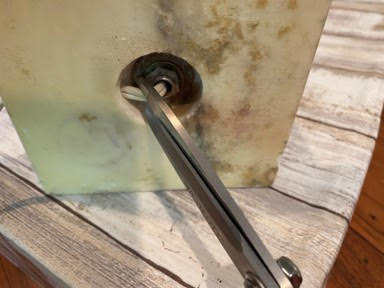 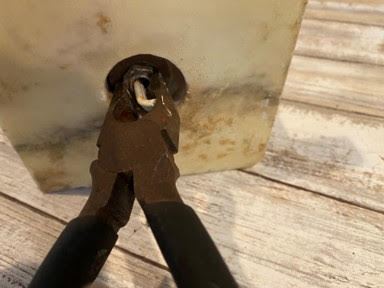 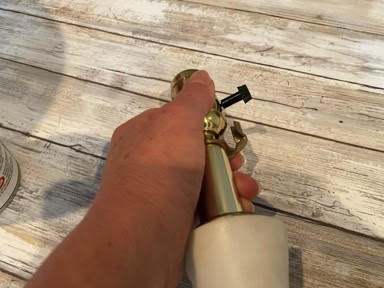 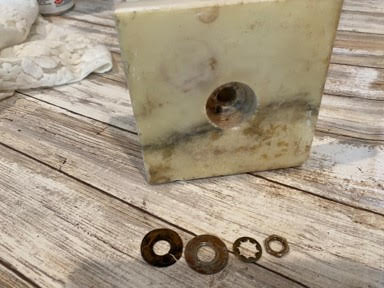 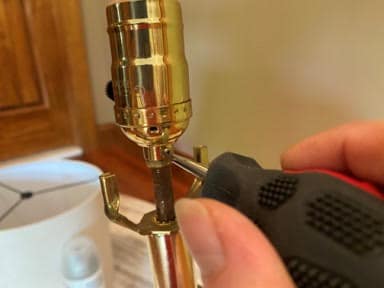 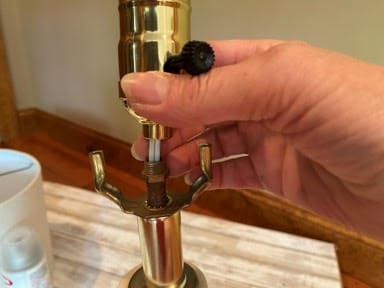 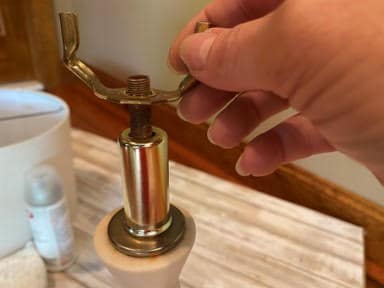 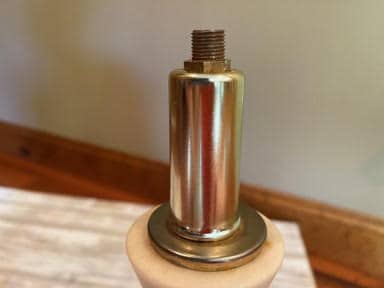 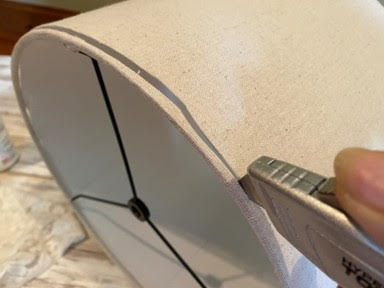 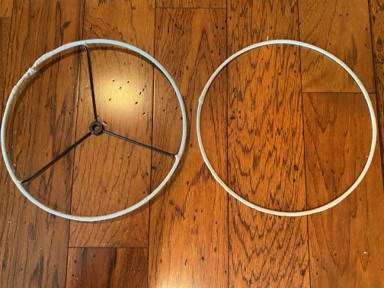 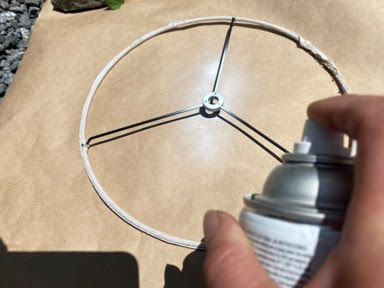 To reattach the shade rings I cut four ten inch pieces of 16 gauge wire, I attached the wire by bending the wire around the top ring with the needle nose pliers then I wrapped the wire around the bottom of the shade ring, I repeated this step with the other four wire placing them at different sides of the rings once I had the four pieces attached I removed the bolts and washers from the top and bottom of the lamp placed the shade onto the lamp and replaced the washers and nuts and re-tightened the lamp. I then continued adding wires and making sure the shade would be straight I used a total of ten 10 inch wires to reattach the two shade rings together. 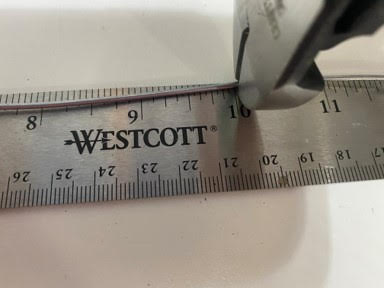 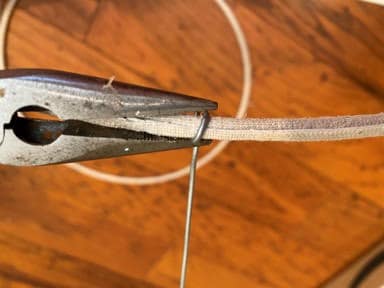 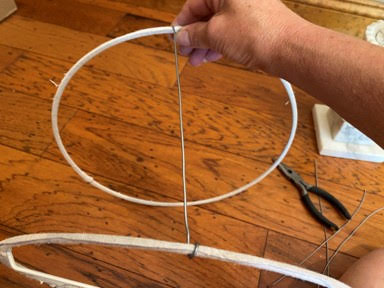 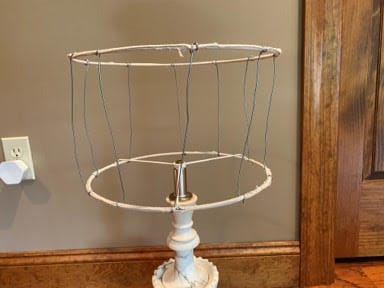 Covering The Lamp Shade With Lace 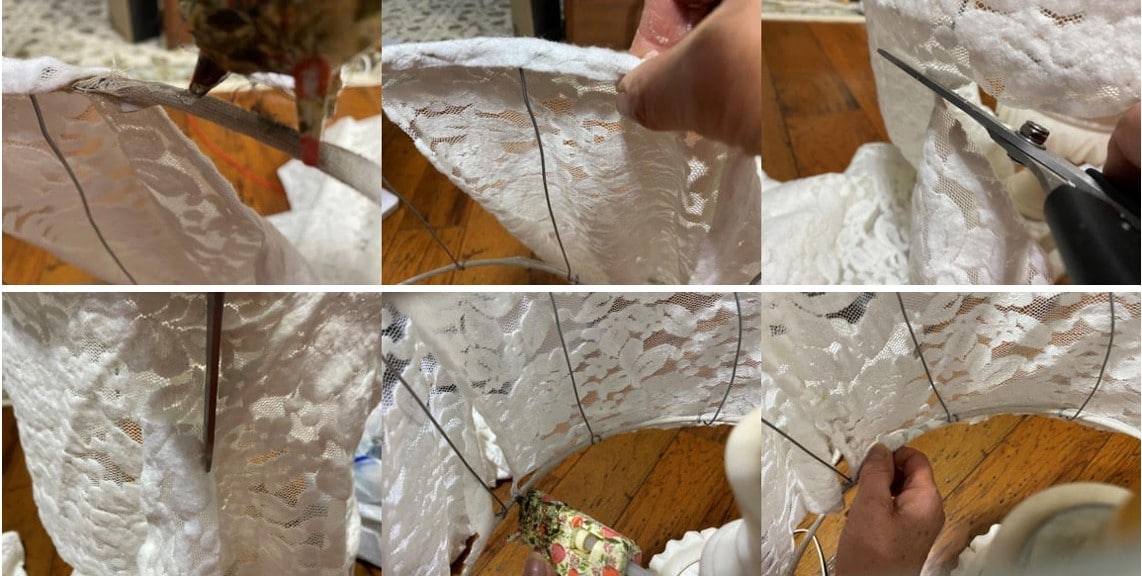 I wanted to incorporate a lazy susan I also purchased at the thrift store for $2.99 so I would be able to turn the lamp to be able see all my earrings, the first thing I did was wash the lazy susan to make sure it was clean before painting.  I took it outside and painted the top and bottom with Rust-Oleum paint in the color Ivory Bisque, I gave it two coats of paint once the paint was dry I gave the top and bottom a coat of matt finish sealer by Krylon. 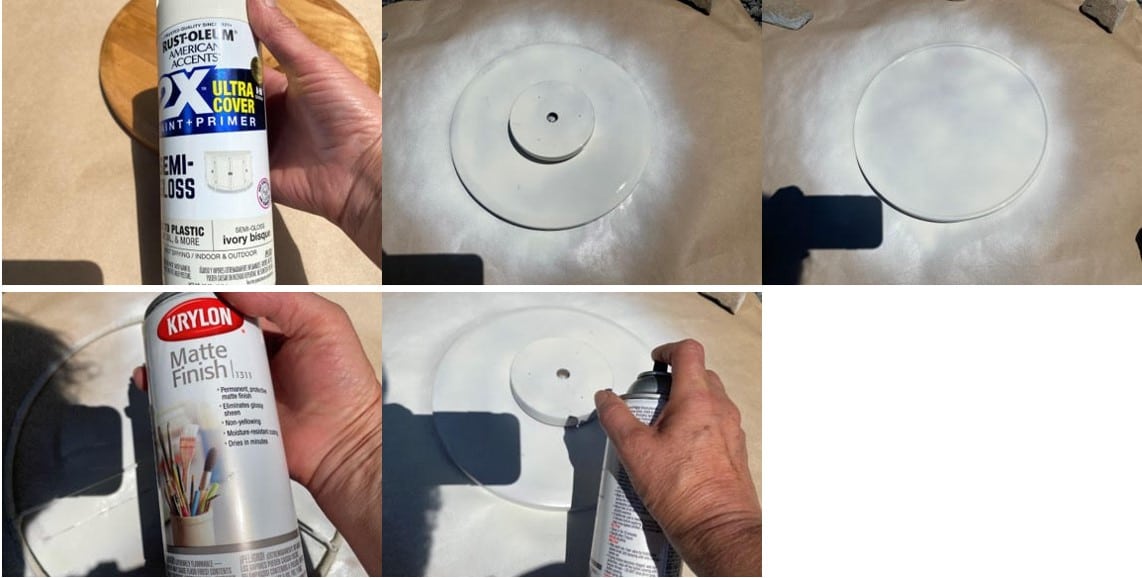 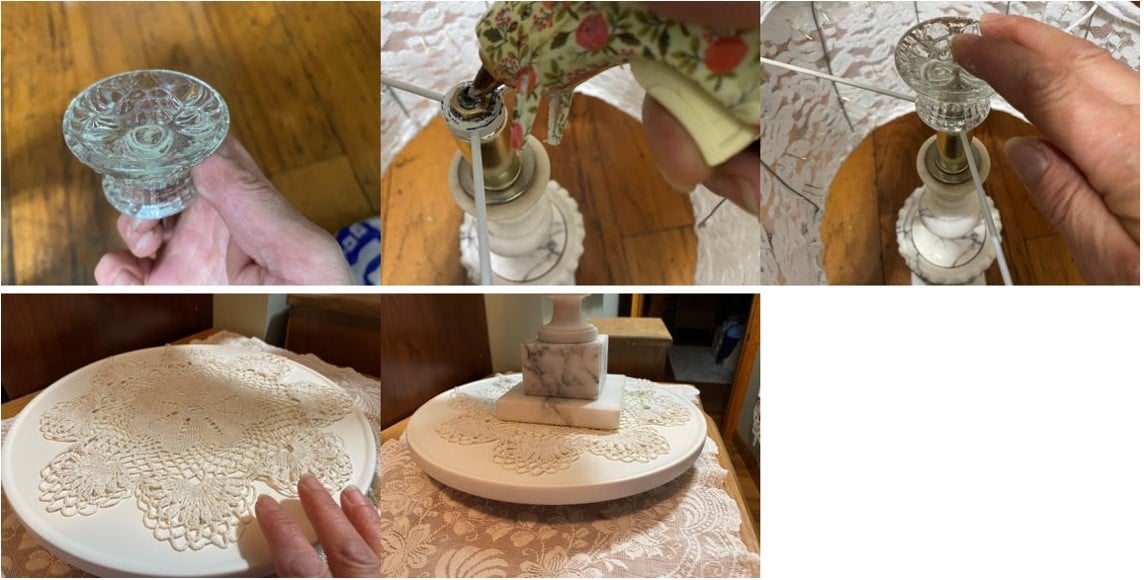 I hope you have enjoyed this weeks Thrifty Thursday Project, it is such a beautiful way to display your earrings. 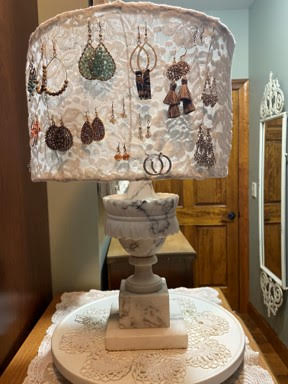 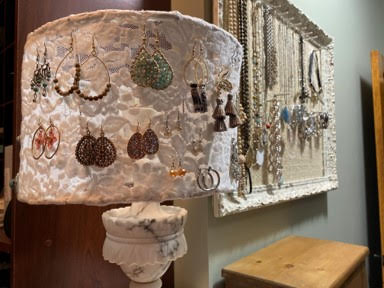