I have been busy making items for Memorial Day and the Fourth of July. I made the Uncle Sam then I wanted a bell and I decided to do the bell to resemble the real bell. I was going to do red white and blue but I didn’t want everything in my dough bowl to blend to together and I think I made a good decision they look great together if I say so myself lol. You can certainly do them in any colors you would like I am giving you the pattern and directions but you make it your own.

Materials You Will Need

Sewing And Stuffing The Bell

The first thing you will need to do is print and cut out the pattern. Trace the liberty on a double layer of muslin. Sew on your machine using the trace line as the sew line. Leave open at the top where indicated on the pattern. Cut out the bell about a ¼” away from the sew line. Clip around the curves be careful not to cut your stitches. Turn right side out. 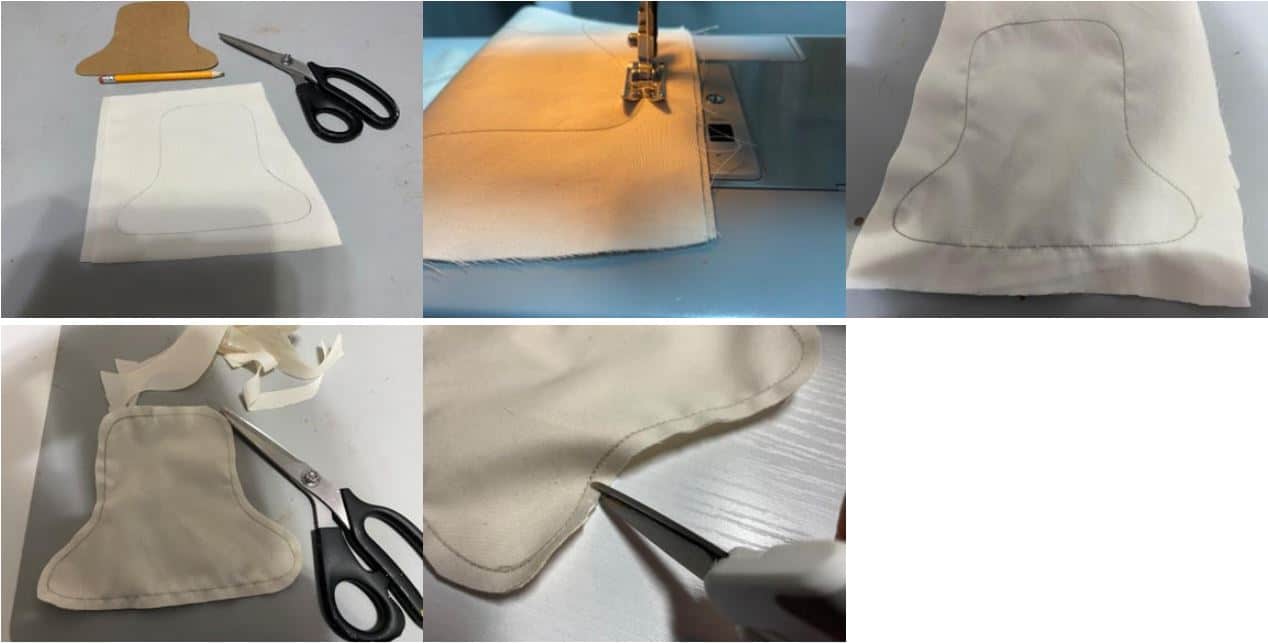 Firmly stuff with polyester fiberfill. I like to use the eraser end of my pencil to push down the stuffing. Using cream thread and a needle sew the opening closed.

How To Glue The Bell 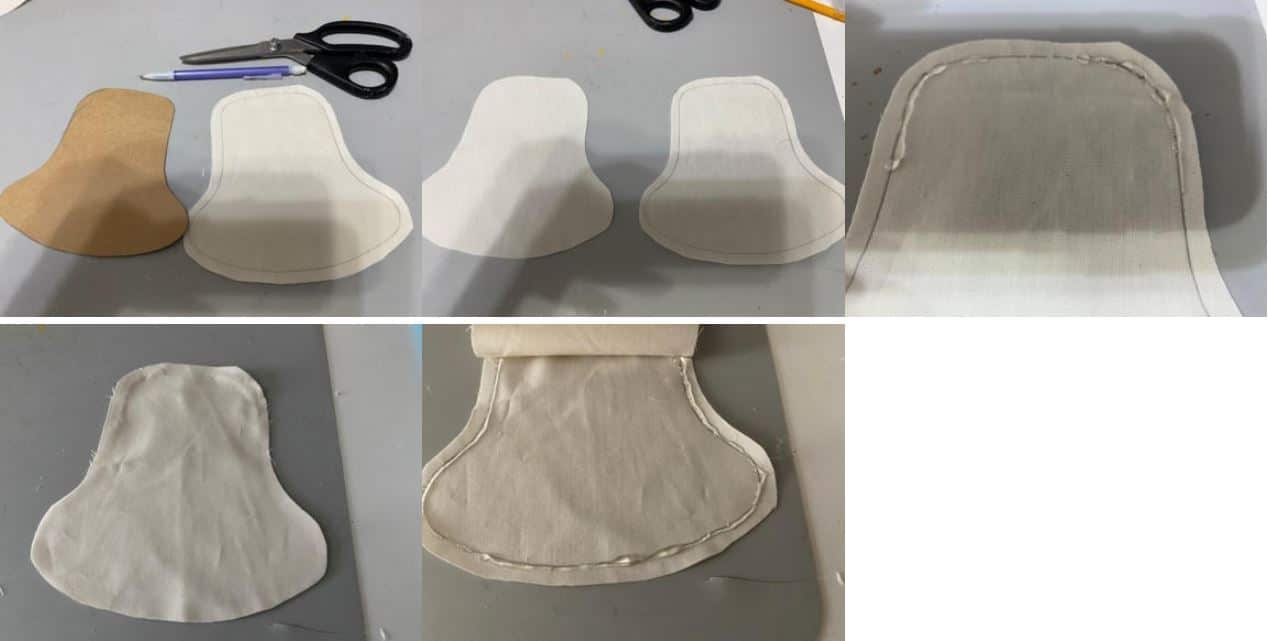 Carefully stuff do not push the stuffing in to hard or you will pop open the glue.  You want the firmly stuffed but not so stuffed that it breaks open.  Once the bell is stuffed add hot glue in the opening and glue closed.  Using scissors trim off some of the excess fabric around the bell. 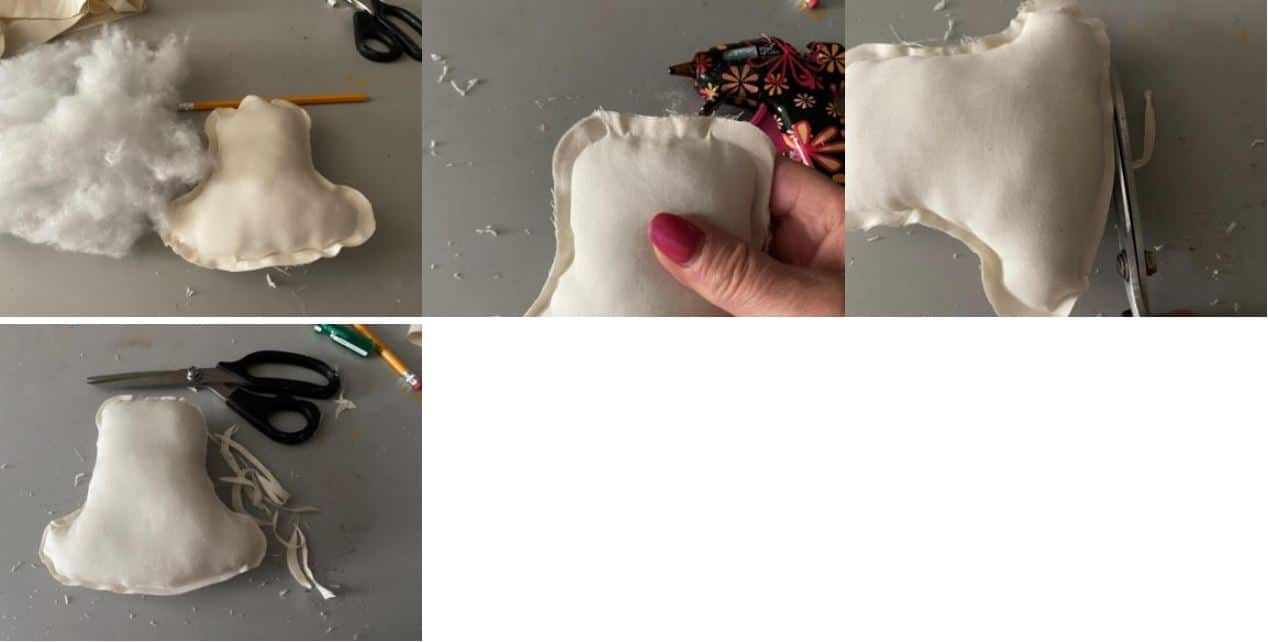 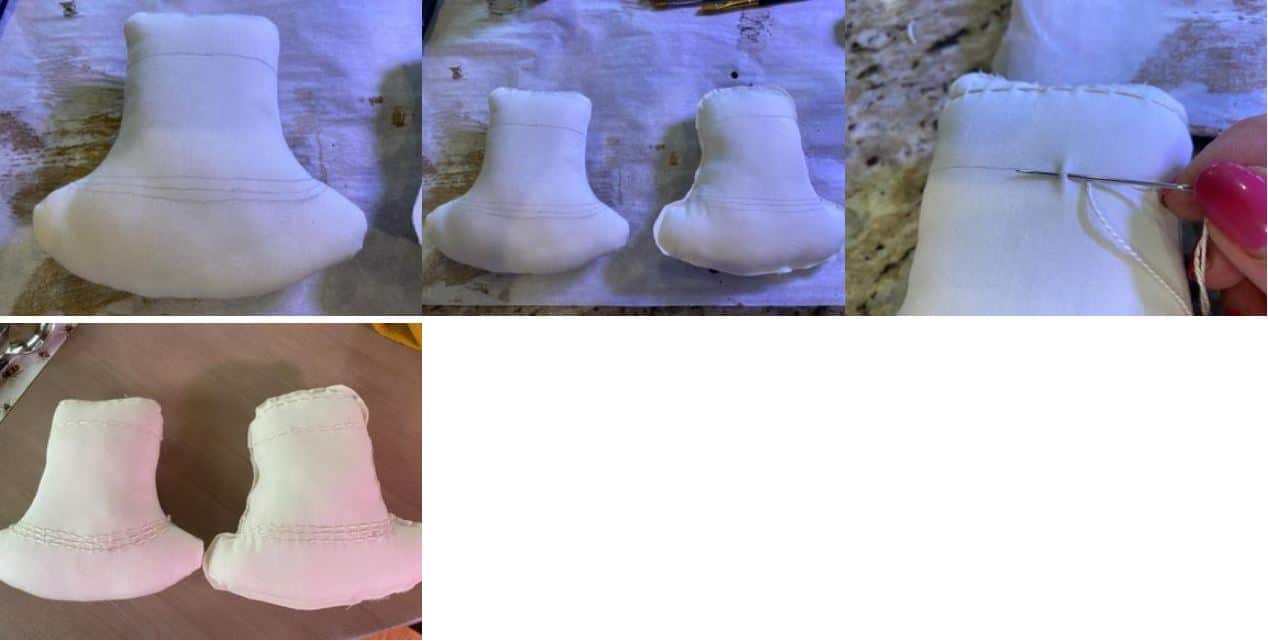 Painting And Sanding The Bell

Paint the entire bell with Folkart brushed metal paint in the color brushed bronze or the color of your choice. Let dry. If you have sewn the bells you can place them on a parchment lined cookie sheet and dry them in a 210 degree oven. Make sure you check them every 4 or 5 minutes they do not take long to dry. If you have glued the bell you will have to let it dry naturally DO NOT put it in the oven. Once your bell has dried sand the entire bell with a sanding sponge or a piece of fine grit sandpaper.

Adding the Word and Crack 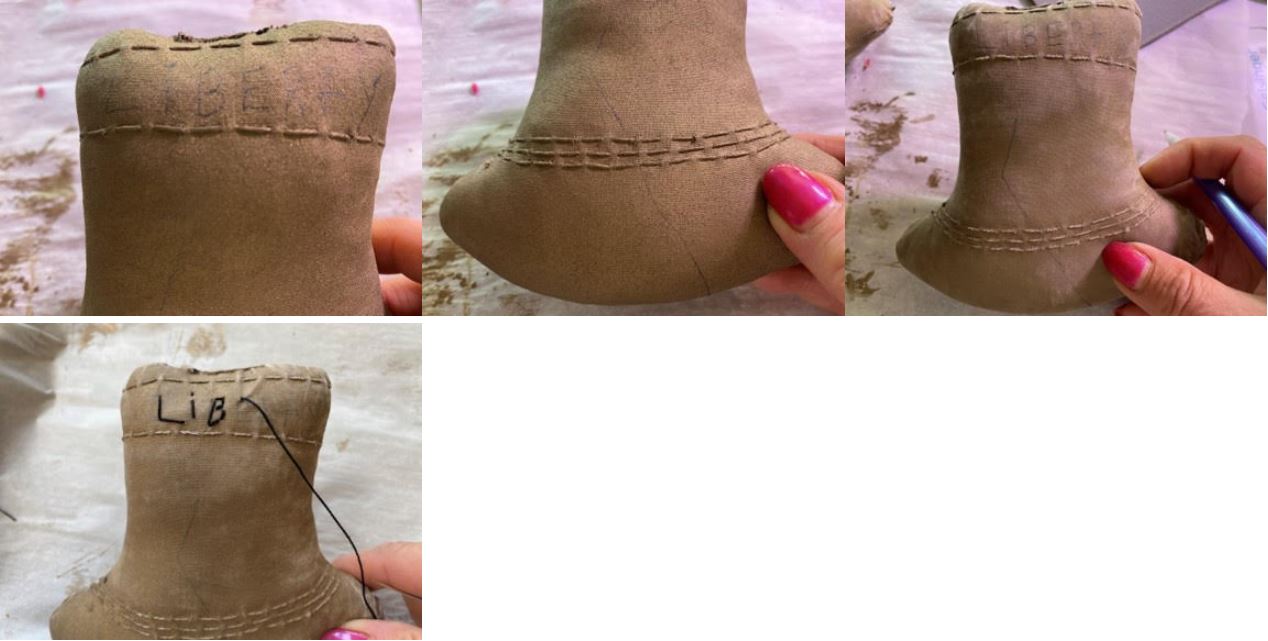 To stitch the crack insert the needle and thread through the back of the bell coming out at the beginning of the crack on the front.  Stitch on the crack and knot and tie off at the bottom of the bell. 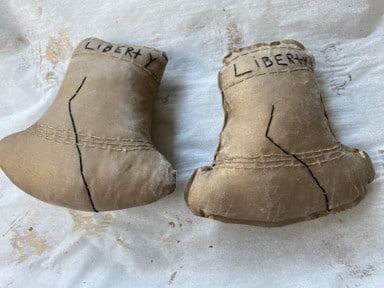 If you would like my coffee staining mixture recipe you can find it under sherry’s shortcuts. Using a sponge brush coat the entire bell with the coffee stain mixture. Let dry. You can dry the bell the same way you did when you painted it.

Adding The Bell and Twig

You are done with your bell. I hope you enjoyed making the bell and enjoy using it to decorate for Memorial Day and the Fourth of July. If you would like to use the bell as an ornament all you need to do is add a piece of finishing line under the middle of the twig make a loop and tie a knot.