The first thing you will need to do is print and cut out the snowman hat pattern, once you have your pieces cut out lay the hat brim pattern piece on a double layer of black felt and using a piece of white chalk trace and cut out your pattern piece.  Next lay your hat crown and hat top pattern piece on top of a single layer of black felt trace and cut them out.  Using a hot glue gun glue your two hat brim pieces together by applying a small line of hot glue just below the outer edge and gluing the two pieces together, continue adding a small line of hot glue and gluing around the brim until the two pieces are glued together once you have the brim glued take your top hat pattern piece and lay it in the center of the brim and trace then using your fingers separate the two brim pieces and using your scissors make a small cut then insert your scissors into the cut and cut an X in the center of the circle, turn right side out, next take your hat top pattern piece and trace in the middle of the uncut side of the brim. 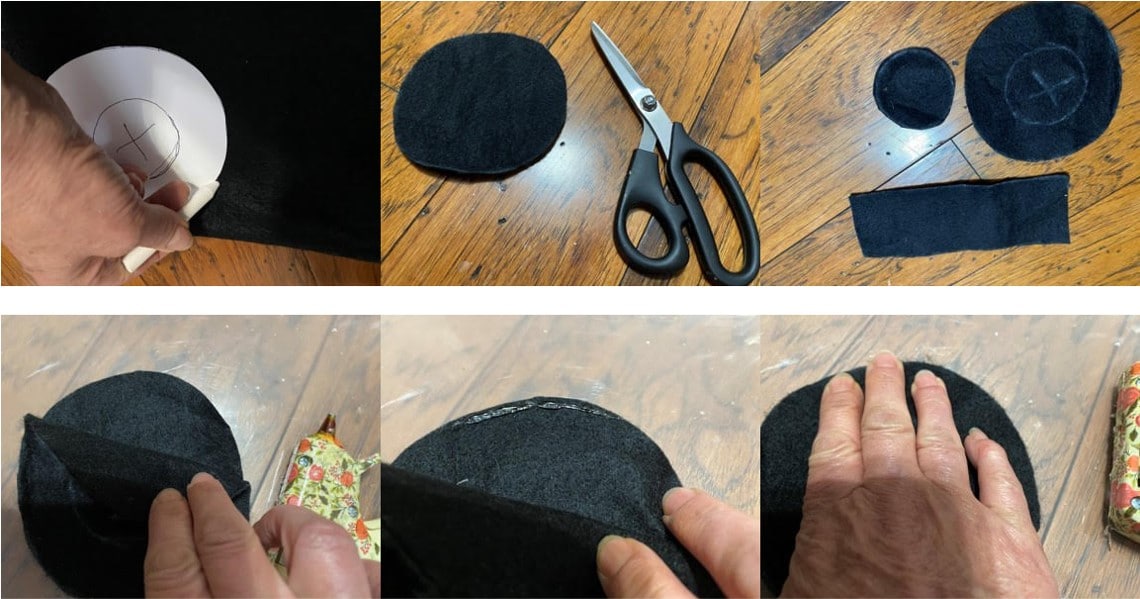 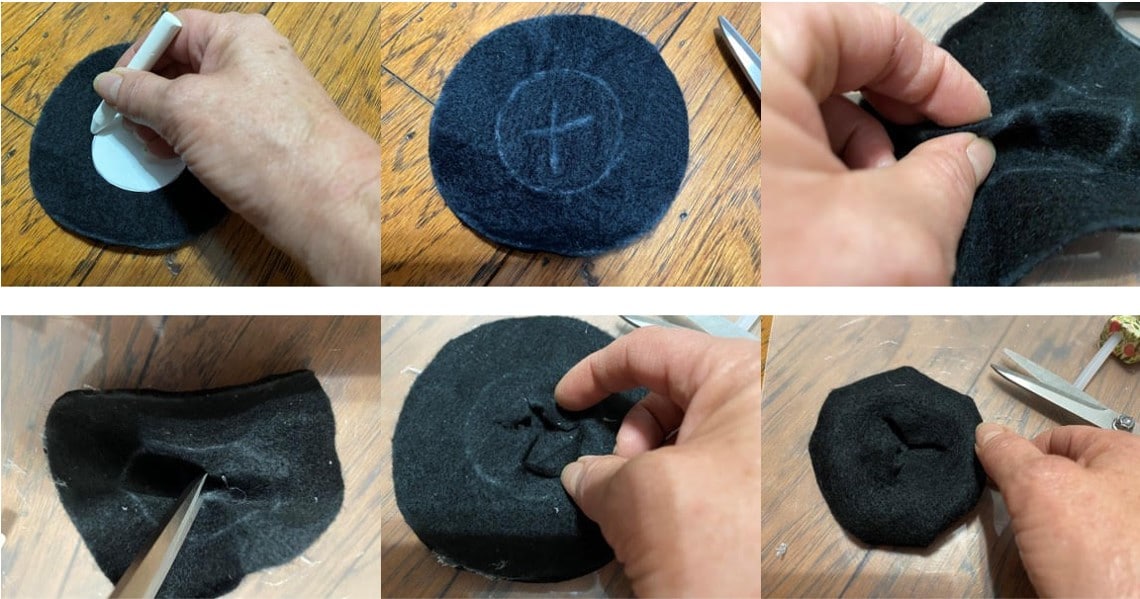 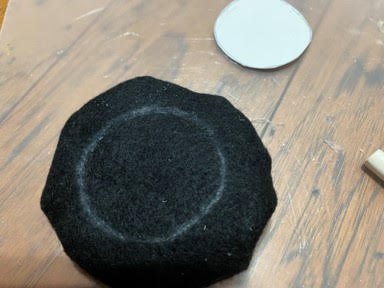 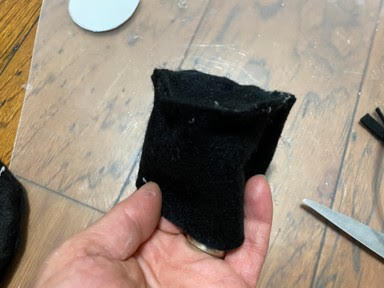 To add the top of the hat to the brim you are going to apply a small line of hot glue just inside your chalk circle then place the edge of your hat piece on the chalk line and glue down work your way around the brim until your hat piece is glued to the hat brim. Your snowman hat is now ready for any embellishments you would like to add before adding to your snowman. 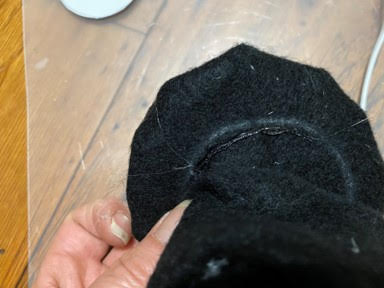